Following a historic first meeting between astronaut Buzz Aldrin and astrophysicist Stephen Hawking, the two visionaries of man’s venturing beyond the Earth’s gravity have announced their association in a joint effort “to better mankind’s future in space.” The newly paired world leaders in space science stated that their collaboration “seeks to define and obtain a Unified Space Vision that will continue the expansion of a human presence in space and ensure the perpetuation of the species.

“Unfolding this vision,” they jointly announced, “is imperative to man’s best management of our home planet and also to prepare eventual existence on habitats within the solar system. This unified vision will encourage global leadership. As nations approach the endeavor jointly, rather than in the competitive playing field of the past, each nation will contribute its own special strengths and resources.”

“I’ve always tremendously admired Stephen Hawking and the impact of his work on increasing our understanding of the universe,” Aldrin said of their recent meeting in Glendale, California. “Our three-hour encounter was of the most wonderful and unusual kind, with a bit of delving into the mysteries of stars.”

Just as in the mutual energy exchanged between these scientific minds, their combined knowledge and experience of the space frontier fuels a greater hope for the destiny of mankind. 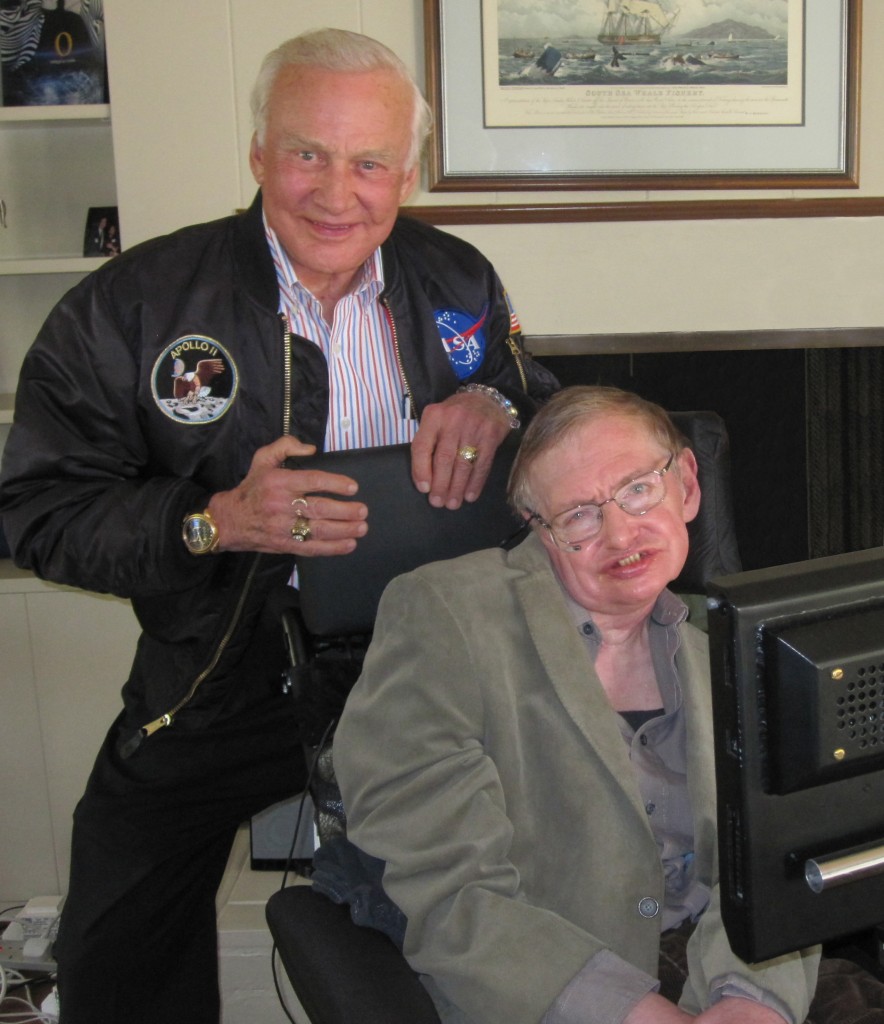