Buzz Aldrin: What NASA Has Wrong About Sending Humans to Mars 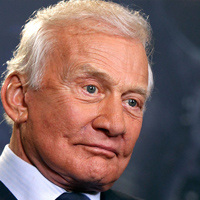 25 Jun Buzz Aldrin: What NASA Has Wrong About Sending Humans to Mars

The red planet has long drawn our curiosity—and now there’s a rover prowling about Mars named just that. We first made eye contact with the world that holds its secrets tight thanks to Earth-based telescopes.

Mars is an intellectual magnet provoking thought. Consider the view of astronomer Percival Lowell, writing in his 1908 book, Mars as the Abode of Life:

Thus, not only do the observations we have scanned lead us to the conclusion that Mars at this moment is inhabited, but they land us at the further one that these denizens are of an order whose acquaintance was worth the making. Whether we ever shall come to converse with them in any more instant way is a question upon which science at present has no data to decide.

But science about Mars has proceeded ever since, and since 1960, telescopic-driven talk about life on Mars has been augmented by voyages of numbers of automated spacecraft—sent there by multiple nations. Mars has been flown by, orbited, smacked into, radar examined, and rocketed onto, as well as bounced upon, rolled over, shoveled, drilled into, baked, and even laser blasted. Still to come: Mars being stepped on.

Now and in the near future, robotic exploration of Mars is providing a window on a world that can be a true home away from home for future colonists.

The first footfalls on Mars will mark a historic milestone, an enterprise that requires human tenacity matched with technology to anchor ourselves on another world. Exploring Mars is a far different venture from Apollo expeditions to the moon; it necessitates leaving our home planet on lengthy missions with a constrained return capability. Once humans are at distant Mars, there is a very narrow window within which it’s feasible to return to Earth—a fundamental distinction between our reaching Earth’s moon in the 1960s and stretching outward to Mars in the decades to come.

All this is preface to a major judgment—one that I feel NASA planners are dodging. There is no reason to make a humans-to-Mars program look like an Apollo moon project.

We need to start thinking about building permanence on the red planet, and what it takes to do that. I feel very strongly about this. This is an entirely different mission than just putting people on the surface of that planet, claiming success, having them set up some experiments and plant a flag, to be followed by quickly bringing the crew back to Earth, as was done in the Apollo program.

What are you going to do with astronauts who first reach the surface of Mars and then turn around and rocket back home-ward? What are they going to do, write their memoirs? Would they go again? Having them repeat the voyage, in my view, is dim-witted. Why don’t they stay there on Mars?

No question, this is a very big, high-level decision that needs to be made. I can guarantee you, if we have anything like the legislative branch of government in the future that we have today, the first tragedy at Mars with a crew would mean cancellation of the program. And that’s all we do about Mars for another century.

I suggest that going to Mars means permanence on the planet—a mission by which we are building up a confidence level to become a two-planet species. At Mars, we’ve been given a wonderful set of moons—two different choices—from which we can pre-position hardware and establish radiation shielding on the Martian surface to begin sustaining increasing numbers of people—not just one select group of individuals. To succeed at Mars, you cannot stop with a one-shot foray to the surface.

It will be a historical moment long remembered when the U.S. President commits the nation to permanent human presence on Mars. Let me hypothesize a political scenario on the 50th anniversary of Apollo 11’s landing on the moon, in 2019. The U.S. President, whoever that may be, takes the opportunity to direct the future of human space exploration, pioneered by Americans, by stating in a speech: “I believe that this nation should commit itself, within two decades, to establish permanence on the planet Mars.”

That statement will live throughout history, committed to memory on Earth and by the first Mars settlers. In response, around 2020, every selected astronaut should consign to living out his or her life on the surface of Mars.

Read the Original Article at Parade