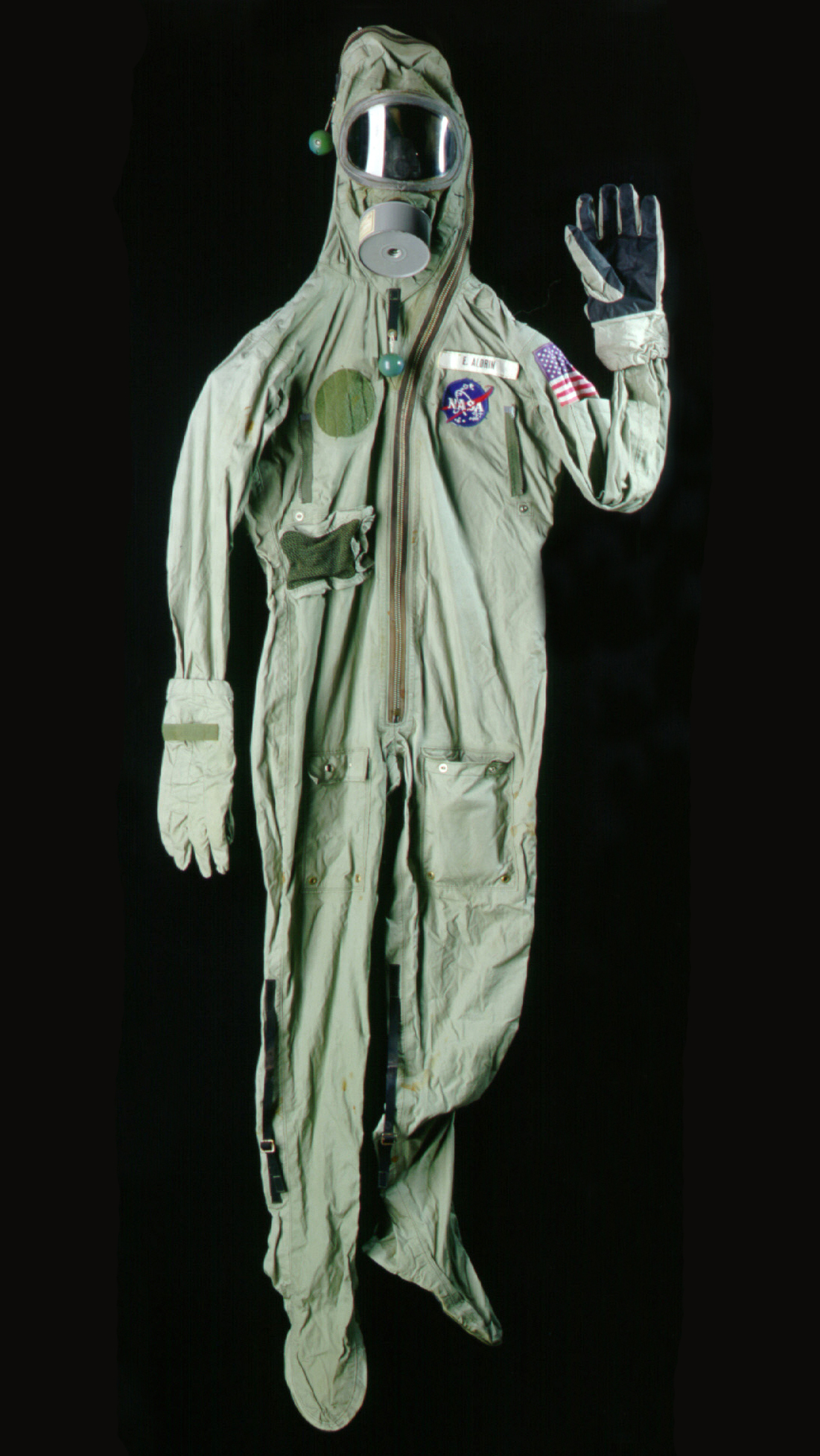 Posted at 12:08h in Memorabilia by Team Buzz 0 Comments
0 Likes

This is the biological isolation garment worn by Astronaut “Buzz” Aldrin upon his return to earth after his historic Apollo 11 flight in July of 1969.

These garments were worn from the moment the hatch was opened after splashdown until the astronauts were sealed inside the Mobile Quarantine Facility in the unlikely case that the astronauts had been infected with some sort of extraterrestrial life form. It was expected that these suits would keep them properly quarantined until a course of action could be planned or the disease eliminated.

After Apollo 12, it was conceded that the moon lacked life, and the containment garments were scrapped.