A BIG DAY FOR … BUZZ ALDRIN 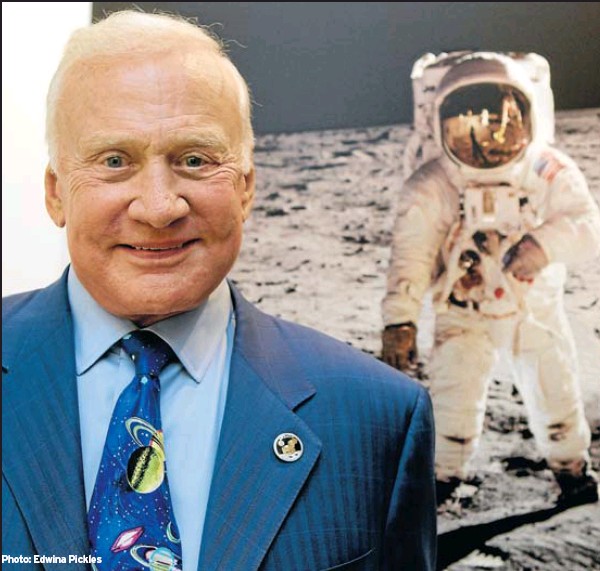 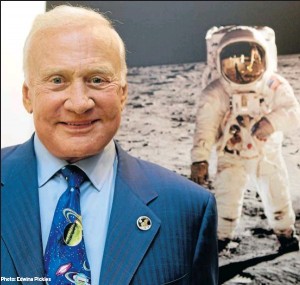 MORE than four decades after he walked on the moon, Buzz Aldrin has lost none of his wanderlust. The 82-year-old former astronaut, the second person to ever set foot on our closest neighbor in space (behind mission commander Neil Armstrong), and the first to be photographed on it, was in Sydney to speak at the Since Today exhibition of iconic images from his life and he had a clear message – we should head back into space. ‘‘There’s always more to be gained by going out and looking,’’ Aldrin said yesterday. And this time he added, we should all do it together. ‘‘To get caught up again in an expensive race to try and do what we’ve already done just doesn’t make much sense to me,’’ he said. ‘‘We need to get the people together in an international effort . . . If I do this and you do that, combining our strengths, we can get there.’’ And by there, Aldrin isn’t just talking about his old lunar stamping ground, his vision is to get a manned station on Mars. ‘‘That’s exactly what we could do,’’ he said. ‘‘We could use what we learn on the moon to assemble a station on the surface [of Mars] before people even get there.’’ And this from an 82-year-old? That’s why it’s called the right stuff.