Buzz Aldrin: America Will Lead International Crews to Mars By 2040 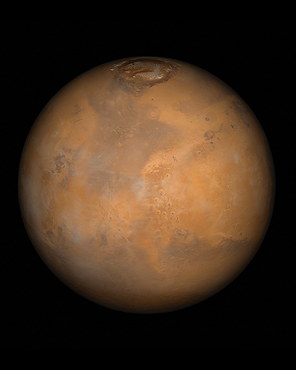 “Four percent of discretionary funds in 1967 – six times, two guys on the moon for one day, maybe two days – and nothing. What do we got for that? We are at half a percent of discretionary funds, you can’t go hardly anywhere, especially when a couple of things you are trying to build are politically motivated. The space station kind of needs to come down pretty soon, not stay up forever. But that’s politically motivated,” he said.

Aldrin predicted travel to Mars will be begin on Appollo 11’s 50th anniversary.

“On the 50th anniversary of our landing 2019, July 20, the president is going to say within two decades America will lead international crews to land on Mars and that will be 2039 before 2040. There’s a lot in between. There was a lot in between when we were flying the shuttle which we were given seven years because it’s dangerous, then we retired it,” he said.

As far as returning to space himself, Aldrin said, “I’m more valuable right here with my little scratch pad and a couple of computer experts – I’m an orbital gymnast.”