Buzz Aldrin calls for humans to colonise the Red Planet 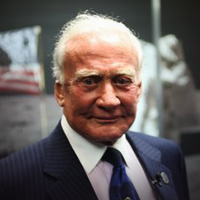 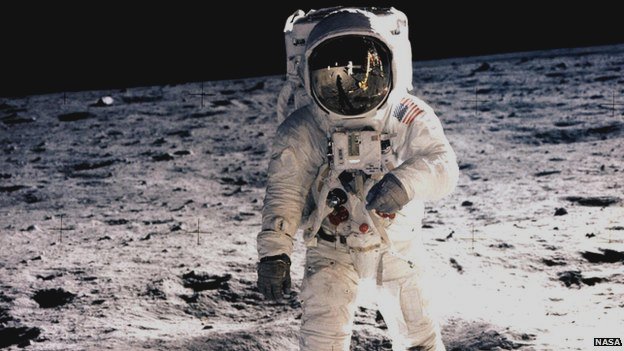 On 20 July 1969, when Neil Armstrong and Buzz Aldrin first set foot on the surface of the Moon, it appeared as though mankind was on the verge of a new age of space exploration. After all, if the moon could be conquered, what could prevent us travelling to other planets, even to other solar systems?

Nearly half a century later, the dreams that once seemed so tangible now look more remote than ever. The last man to walk on the Moon was Eugene Cernan, who made the long trip home in December 1972. Since then, humans have been content to orbit the earth, in the realms occupied by satellites and the International Space Station. But we have never again broken free.

Now, one of the original lunar pioneers believes the time has come to make another great leap for mankind. Buzz Aldrin thinks that manned missions to Mars should take place sooner rather than later – within the next quarter of a century. And we shouldn’t stop there. He thinks we should begin planning a permanent colony on the Red Planet.

I caught up with him on a visit to the Paris Air Show, where he has been publicising his new book, “Mission to Mars: My Vision for Space Exploration”. A relatively sprightly 83-year-old, he has a reputation for tetchiness – and he certainly dealt rather brusquely with onlookers’ requests for autographs. But when I asked him about Mars, he became engaging and animated, showing a boyish enthusiasm for the subject.

So why does he think we should be sending astronauts to the red planet?

“Why did the the pilgrims on the Mayflower set out to open up the New World?” he asks. 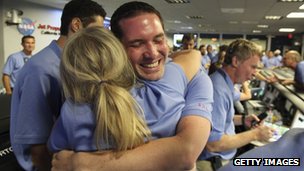 The simple answer then, appears to be “because it’s there”. But there is also a more pragmatic reason. He believes that efforts to explore the surface of Mars to date have taken far too long, because the current generation of Mars rovers have to be controlled remotely from Earth – and it takes about 20 minutes for radio signals to be passed each way.

“One programme manager, who was in charge of doing that with two robots for five years has said we could have accomplished just as much in a single week, if we had had human intelligence controlling them from nearby – from an orbit around Mars itself”, he says.

But a mission to Mars would have to overcome huge technological challenges, and would certainly be phenomenally expensive. So who would pay for it all? 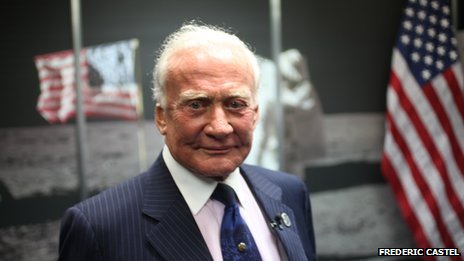 Yet, at the moment governments around the world are attempting to cut back their spending, and Washington is no exception. In the current climate, it seems almost inconceivable that a government could commit untold billions to fund interplanetary exploration.

On the other hand, private firms are showing an interest – companies such as Mars One, a not-for-profit Dutch foundation, which says it plans to establish a colony on Mars by 2023. It wants to use technology developed by the American firm Space X, a business fronted by the maverick entrepreneur Elon Musk.

Mr Aldrin points to these firms as evidence that there is enthusiasm for exploring Mars – yet he still believes that governments will have to lead the way.

“Private enterprise usually enters into activities seeking a return on investment,” he says.

“That’s why we didn’t go to the moon in the ’60s and ’70s just relying on private investment. It was a national investment in science, in development and to assist in the commercialisation of space.”

In other words, the commercial benefits may be there – but the rewards are too uncertain to attract enough private backing.

Mr Aldrin’s vision involves astronauts being trained on the Moon for a life on Mars, and ultimately for new colonists to be brought to the new settlement on a routine basis. He thinks this could be done using “interplanetary cyclers”, spacecraft that are permanently moving between Mars and Earth. 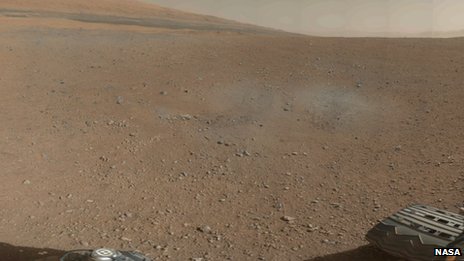 But such a plan needs willing volunteers, who must be prepared to travel across space with little prospect of ever returning home. A return journey may in fact become physically impossible after much time spent in the weaker gravity of Mars.

Yet he thinks there will be no shortage of volunteers, and the response to the Mars One initiative suggests he is right. Since announcing its plans in April, it has received tens of thousands of applications from would-be Martian explorers.

In fact, as befits one of the very few men ever to have set foot on another world, “pioneer” seems to be Buzz Aldrin’s favourite word. It’s a term that has rather fallen out of fashion on our well-mapped planet.

But he believes the time has come time to broaden our horizons – and rediscover once again the spirit of exploration.