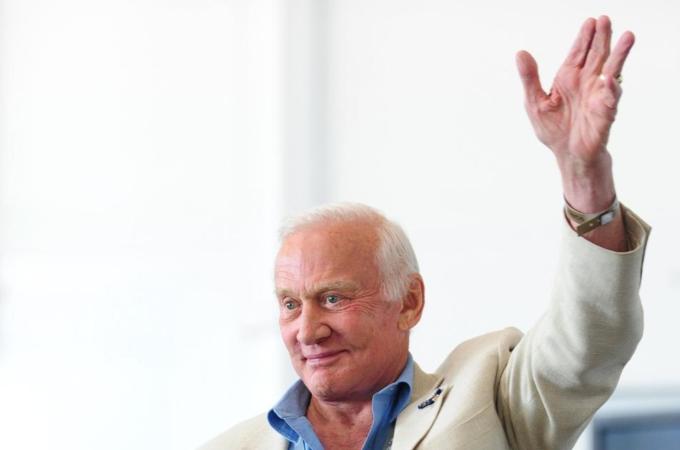 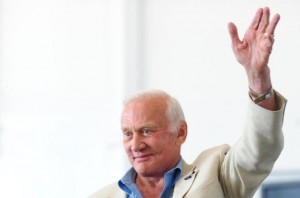 Sir David Frost travels to Los Angeles in California to meet Buzz Aldrin, the astronaut who partnered Neil Armstrong to become the first two men to walk on the moon.

Buzz’s footprint on the surface of the moon is one of the enduring images of an era when man sought to conquer space.

Born in 1930, Buzz explains how he flew for the first time aged 21. He signed up as a fighter pilot for the Korean War in 1952-1953 – and he tells Sir David how he shot down enemy planes. He even has the film to prove it, because his aircraft was one of the first to be fitted with a cine camera.

With the “space race” between the US and the Soviet Union hotting up, he discusses how he completed a PhD thesis on ‘Rendezvous in Space’ to ensure his selection by NASA to join the elite astronaut corps in 1963.

Buzz tells Sir David about the “tragic accident” involving one of his colleagues that opened up the opportunity for him to make his first journey into space, as a member of Gemini XII in 1966.

He recounts how he was then chosen to join Apollo XI, and become one of the first men to walk on the moon.

Buzz recounts in extraordinary detail that journey into space – and history. Referring to the landing itself, he describes it as “tense” and “critical for the future” rather than “frightening.”

He reveals how he was optimistic of its success – even when he was searching for a place to land, with just seconds worth of fuel left in the tank. When questioned by Sir David whether he felt that “God had been on his side”, Buzz replies “it’s not for me to make that decision” before reflecting on what it means to have faith.

Commenting on Neil Armstrong’s famous words as he stepped onto the moon surface, Buzz tells Sir David that it was not meant as a “prophetic proclamation for the future” and stresses that he personally found the moon to be “desolate” rather than “beautiful”.

He also explains why Armstrong deserved to walk on the moon before him and that being known as the “second man on the moon” does not bother him.

Upon his return from the moon, Buzz tells of the global fame he and Armstrong faced and how his new-found stardom turned his life upside down.

Falling into depression and alcoholism, he later became chairman for what is now called ‘Mental Health America’ after he published a book entitled Return to Earth detailing his experiences.

Since retiring from NASA, Buzz has continued to be a highly influential figure in space travel and development.

He advises US presidents and has strong – and sometimes surprising – views on future objectives. He tells Sir David man does not need to go back to the moon, and he objects to committing “large resources” to go back there. Instead he urges that money be spent on exploring “deep space” and trying to establish permanent settlements on Mars.

He has developed a ‘slingshot’ orbiting system that could open up travel to Mars.

He supports the “innovation” that comes from private space initiatives and he does not rule out the notion that there may be other life forms in the universe. Referring to the recent meteorite that hit Russia, he states that “we know that things are coming and, given a period a time, will act as a threat to humanity.”

In his final remarks to Sir David, Buzz suggests that achieving “permanence on another planet” could lead to “the survival of all mankind”.

With the death of Neil Armstrong, Buzz Aldrin is the only man alive who can tell us at first-hand about that first moon landing. His story and his reflections, as a man who has helped to change the world we live in, are fascinating and unique.