Buzz Aldrin Says US Presidential Candidates Should Aim for Mars 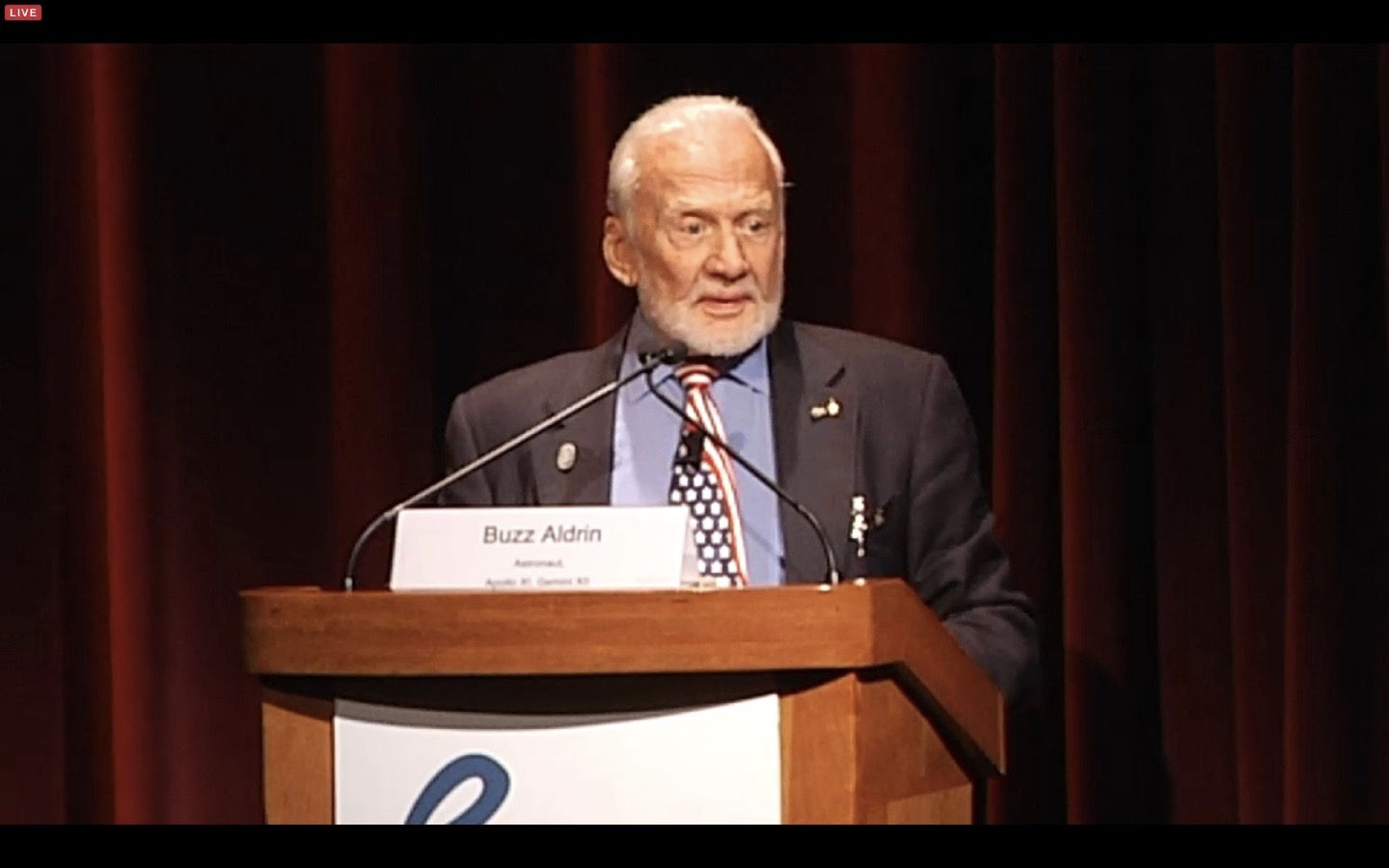 The next president of the United States could carve out a lasting legacy for him- or herself by putting the nation firmly on the path to Mars, the former Apollo 11 moonwalker said today (May 17) at the Humans to Mars Summit in Washington, D.C.

“A president who appeals to our higher angels and takes us closer to the heavenly body we call Mars will not only make history — he or she will [also] be long remembered as a pioneer for mankind to reach, to comprehend and to settle Mars,” Aldrin said. [Buzz Aldrin’s Visions for Missions: Mars and More (Video)]

“I appeal to you to take up the challenge — president, candidates — and bring us all along from the wild, blue yonder with giant leaps to this waiting island in the blackness of space,” he added. “Presidential leadership in this initiative would improve, extend and celebrate American exceptionalism in a way that no other policy or program could.”

In July 1969, Aldrin followed Apollo 11 crewmate Neil Armstrong onto the surface on the moon, becoming the second person ever to set foot on a world beyond Earth. In the decades since, Aldrin has been urging policymakers, engineers and mission planners to help humanity make the next giant leap — to Mars.

The 86-year-old former astronaut has ideas about how to make this happen, and he laid them out during his talk at the Humans to Mars Summit.

Aldrin’s detailed vision includes the assembly of bases on the moon’s near and far sides and the extraction and processing of lunar resources, done as a way to gain experience in vital settlement procedures. Six astronauts would then head to the tiny Mars moon Phobos; from there, they would remotely assemble a base on the Red Planet’s surface from modules that were delivered to Mars on uncrewed missions.

These activities would be aided and enabled by “Mars cyclers,” spacecraft that cruise perpetually between Earth and the Red Planet, acting as a sort of astronaut ferry system.

Aldrin said he wants the United States to lead this multistage effort, but the world’s other spacefaring nations, especially China, should be players as well.

“Together, we can bring forward a worldwide sharing for the greatest human endeavor in history,” Aldrin said.

If the U.S. committed firmly to such a program now, astronauts could land successfully on Mars and begin staffing a permanent Red Planet outpost by 2040, he added.