Buzz didn’t let a little hurricane stop them! After weathering Hurricane Tomas in St. Lucia at the end of October, Buzz and Lois were out on the road traveling again for most of November. Buzz took off for the Kennedy Space Center in Florida to participate in the Astronaut Scholarship Fund’s autograph show before jetting off to London for the ICONS dinner at Windsor Castle. Never ones to stay put for long, the Aldrins were back stateside after just a few days and landed in New York where they celebrated with renowned artist Romero Britto as he unveiled his newest collection of work centered around the Apollo XI mission and Buzz himself. Buzz and Romero participated in the Veteran’s Day Parade and enjoyed a wonderful opening reception where Buzz took time to sign the original Britto pieces. A week later Buzz and Lois attended Danny DeVito and wife Rhea’s X-prize party at their Beverly Hills home. The last shot is of Buzz with Astronauts Dave Scott and Al Worden. We also wanted to thank all those that sent well wishes Buzz’s way as he took a few days off at month’s end to recover from toe and back surgery! 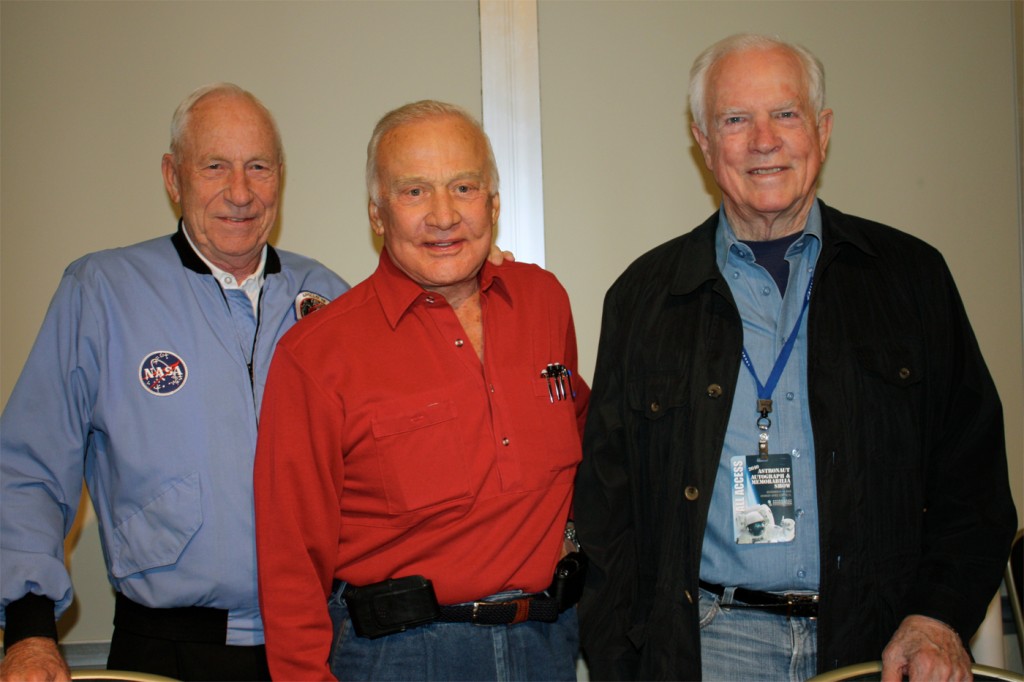