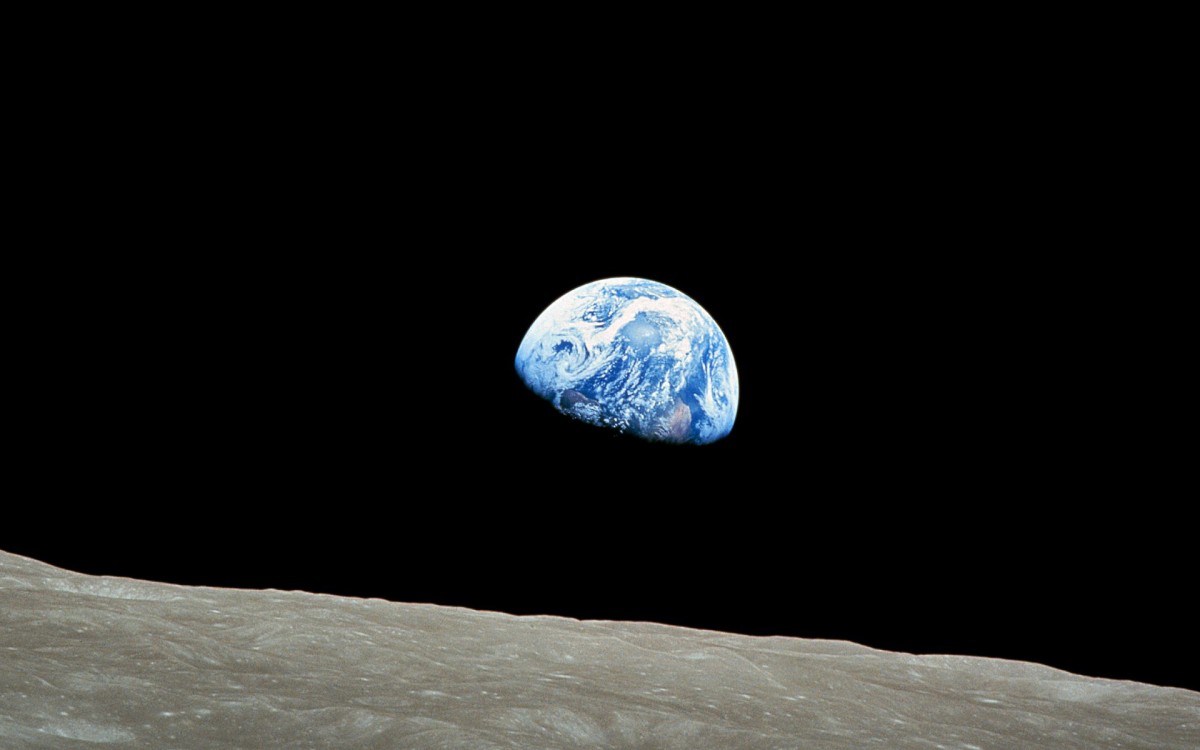 As space tourism gets ready to take off in earnest later this decade, we thought it would be illuminating to quote some pros who have been up there regarding, what else – the view. So we’ve assembled a group of prominent Mercury, Apollo, Shuttle and Soyuz astronauts for their descriptions of Earth and the moon as seen during space flight. Their recollections may differ slightly in word choice, but all imply the same thing: life-changing experiences.

“In orbit, you’re keyed up and aware of everything going on, every little noise, anything that may have special meaning because of where you are. My first view after I’d detached from the booster, and the capsule had turned around into orbital attitude, was looking back at Earth. I could see the whole state of Florida and into the Gulf of Mexico toward New Orleans. It was just beautiful. You could see the horizon and the black sky above – you don’t see blue sky up there. The blue we see on Earth is from light refracting as it comes through the atmosphere. The higher you get, the darker the sky gets. Then you look back at Earth and there it is, sunlit and beautiful underneath you.”

“After two revolutions of the moon, it became clear that it was kind of boring. On Earth, you have rivers, oceans, continents, highlands and mountains, but the moon looks like one beat-up, sand-blasted ball with hole upon hole. I use the un-poetic description “dirty beach sand” – you can imagine the poets give me hell. Once we circularized orbit and ended up going forward for the first time, me, [Jim] Lovell and [Frank] Borman suddenly said at once, “Look at that!” And here was this gorgeous, colorful, beautiful planet of ours coming up over this ugly lunar horizon. My photo “Earthrise” points out the beauty of Earth – and its fragility. That little atmospheric thing you and I are enjoying now is nothing more than the skin on an apple around the core.”

“Obviously, when we touched down on the moon, we were very relieved. The immediate surface was very powdery, as best we could see looking down from 15 feet. Off in the distance was a very clear horizon, maybe with a boulder. And, of course, the brightness of the sunlit surface was almost like looking out at sunlit snow. Your pupils close down, just as in orbit when the sun is on the spacecraft. The sky is black as can be, but there’s no way you can see stars. They’re there, of course, but you can’t make them out because they’re too faint with all the ambient light in your eyes. I was impressed with the total “magnificent” desolation I saw in front of me: black sky, no stars and the horizon clearly curving away.”

“The most vivid memory [on the moon] is the beauty: the stark contrast between the brilliant gray of the moon and the blackness of space. The gray was so bright it was almost white – a sharp break between the surface and the horizon. The sun was always shining, so you didn’t see stars or planets. You could see Earth, but where we were — a little south of the center of the moon — it was difficult. Earth was directly overhead, and, when I looked up, I saw the top of my helmet!”

“The first words out of my mouth, without even thinking, were: ‘Oh, my goodness, our atmosphere is so thin!’ Now think about that – we all know it intellectually. Everyone’s followed the Mt. Everest climbs and the fact that supplemental oxygen is needed not that far off the surface. But to see it! Experiential knowledge makes such a strong impact. And to see this sphere with an incredibly thin eggshell of air makes you realize we cannot take this place for granted. It is our spaceship. One of my favorite times in orbit is when we transition from day to night. Sunrise is very bright — the light is harsh and it is hard to look at and appreciate. But at sunset, you go from sky-blue colors with white puffy clouds to a royal blue, then to a blue, then a navy blue, then a magenta blue, then a blue purple, then a purple brown and finally a purple black — and you have this all in the space of just a few minutes.”

“During liftoff we had a protective shroud around the outside of the capsule. All of a sudden there’s an explosion – boom – it’s the shroud being blown off. I looked out the window and saw this big blue sphere slowly receding in the distance. It was a “wow” moment for sure. Looking down from orbit, there is no obvious sign of life on Earth during the day. We orbited every 90 minutes — so roughly half was light, half was dark. At night, you did see lights from the cities, which indicates life.”

(Editor’s Note: Reporter Jim Clash has a ticket to space on Virgin Galactic’s SpaceShipTwo Unity. He expects to fly within the next few years.)