Kennedy Wanted US to Land on Mars; Aldrin Says Next President Must Do This 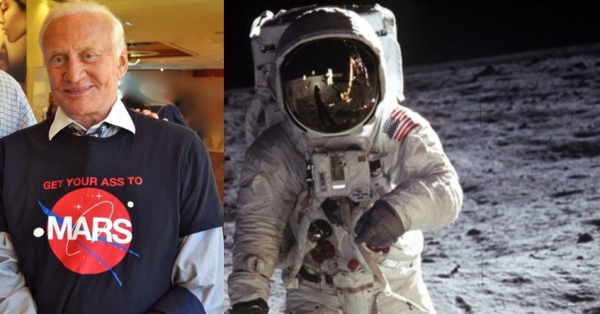 08 Jun Kennedy Wanted US to Land on Mars; Aldrin Says Next President Must Do This

The late U.S. President John F. Kennedy whose bold challenge in May 1961 that the United States land a man on the Moon before the decade was out really wanted U.S. astronauts to first land on Mars and not the Moon.
“Kennedy really wanted to go to Mars,” said retired NASA astronaut Edwin Eugene “Buzz” Aldrin, Jr., the second man to set foot on the Moon (on July 21, 1969).

“Kennedy didn’t know that it was not possible,” said Aldrin. “Well, very, very improbable. Just as it has been the objective of four or five presidents ever since then.”
Aldrin said Kennedy gave-up on his idea of first going to Mars when NASA pointed out the only realistic objective with existing technology was to land Americans on the Moon. NASA originally told Kennedy it could land a man on the Moon by 1975. Kennedy pushed for a landing within the 1960s and the rest is history.
But what’s the plan to get to Mars?
“We need a plan, we need commitment, we need an objective, and a date,” said Aldrin.
Aldrin has a plan to get to Mars and he’s written a book about it, “Cycling Pathways to the Surface of Mars.” The Aldrin plan involves international missions into low Earth orbit and to cislunar space or the space between the Earth and the Moon.

“Ever since those first steps on the Moon, I have worked to ensure that those steps were not in vain. I have continued pushing to maintain American leadership in human space flight,” said Aldrin.
“Yet if we are honest about it, we have fallen into a malaise about the future space flight. This saddens and, yes, sometimes angers me.”

Aldrin said a mission to Mars was “not just a technical challenge — it is a political challenge.”
His plan, however, involves the U.S. working with China, something current U.S. laws forbid.
Aldrin said a U.S. president “who appeals to our higher aspirations” and takes us towards Mars won’t only make history but “he or she will long be remembered as a pioneer of mankind”.
“If not now, when?” he said. “And if not us, who?”