NASA Should Boldly Go … to China 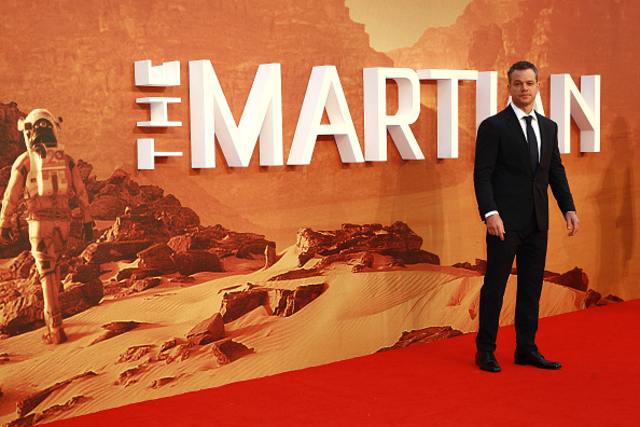 When Matt Damon is rescued from Mars in this fall’s sci-fi blockbuster, “The Martian,” an assist from the Chinese space program is critical to getting the American home. The plot twist is heart-warming — not to mention about as far-fetched as a large-scale manned Mars mission.

The problem is U.S. law, which since 2011 has prohibited bilateral collaboration with China in space. In other words, a mission to rescue Matt Damon would be illegal.

That shouldn’t — and doesn’t have to be — the case. The clause about cooperating with the Chinese is embedded in NASA’s annual appropriation and must be renewed every year. In 2016, Congress should simply let it die. Doing so would not only be in the interest of future Matt Damons, but would help ensure that the U.S. doesn’t get left behind in a space race it currently leads.

Of course, U.S. policymakers have good reason to be wary of China’s space ambitions. The Chinese space program, like those of many spacefaring nations (including the U.S.), has close ties to its military, raising concerns about whether the regime is really seeking “dual-use” technologies that might eventually find their way into weapons systems. Likewise, China’s well-documented history of industrial espionage feeds suspicions that collaboration would lead to the theft of critical U.S. technology.

Such objections, however, presume that the U.S. can somehow isolate China from a globalized scientific and industrial endeavor in which collaboration is the norm. Already, long-standing U.S. space partners like the European Space Agency and Russia are working with China’s National Space Agency in order to take advantage of the country’s funding largesse and ambition. This can have embarrassing consequences: NASA is so keen to join a proposed 2021 Sino-European solar-science mission that it’s devising ways to funnel its hardware and personnel through the European Space Agency, so as to follow the spirit of U.S. law.

That’s hardly in the interest of the U.S. space program, which has thrived in part because it has remained open to cooperating with nations around the world, including the Soviet Union at the height of the Cold War (the Apollo-Soyuz collaboration) and Russia (the International Space Station). Remaining aloof means depriving U.S. scientists of rich opportunities for innovation and exploration.

Meanwhile, the current restrictions may well limit the potential for future collaboration, too. For example, in pursuit of its own space station (it’s currently excluded from the ISS), China has developed its own docking technology for space modules instead of committing to a standard being developed in the U.S. and Europe. That may seem like a small matter now, but such international rules of the road for space will grow in importance in coming years. As with trade, maritime navigation and multilateral finance, this is the time to strengthen standards and rules that all countries, including China, accept.

Finally, there are the financial practicalities of a large-scale space mission such as one to Mars (whose cost could reach into the hundreds of billions of dollars). At its high point during the Apollo lunar program, NASA’s budget represented 5.3 percent of the federal budget. Today, it’s less than one percent — a serious constraint on NASA’s ambitions.

China is already repeating NASA’s past exploration path, going from simple orbital missions to unmanned lunar probes to its own space station. Though the Chinese can’t be expected to renounce their solo ambitions, both the U.S. and China would benefit from ensuring that China’s programs don’t needlessly overlap with NASA’s, and instead advance the cause of space exploration. A good place to start would be to bring China into the ISS. Russia, a U.S. geopolitical rival, is already a core member. China should be offered the opportunity to take part as well.

Back in 2009 — when it was still legal to discuss space with China — Beijing also proposed that the two nations cooperate on smaller scientific missions. That’s still a good idea. If those experiments don’t work out, Congress can always tighten the purse strings later. But as the rescue in “The Martian” demonstrated, keeping lines of communication and collaboration open are in the interests of everyone, including NASA. It’s time to reopen them with China.