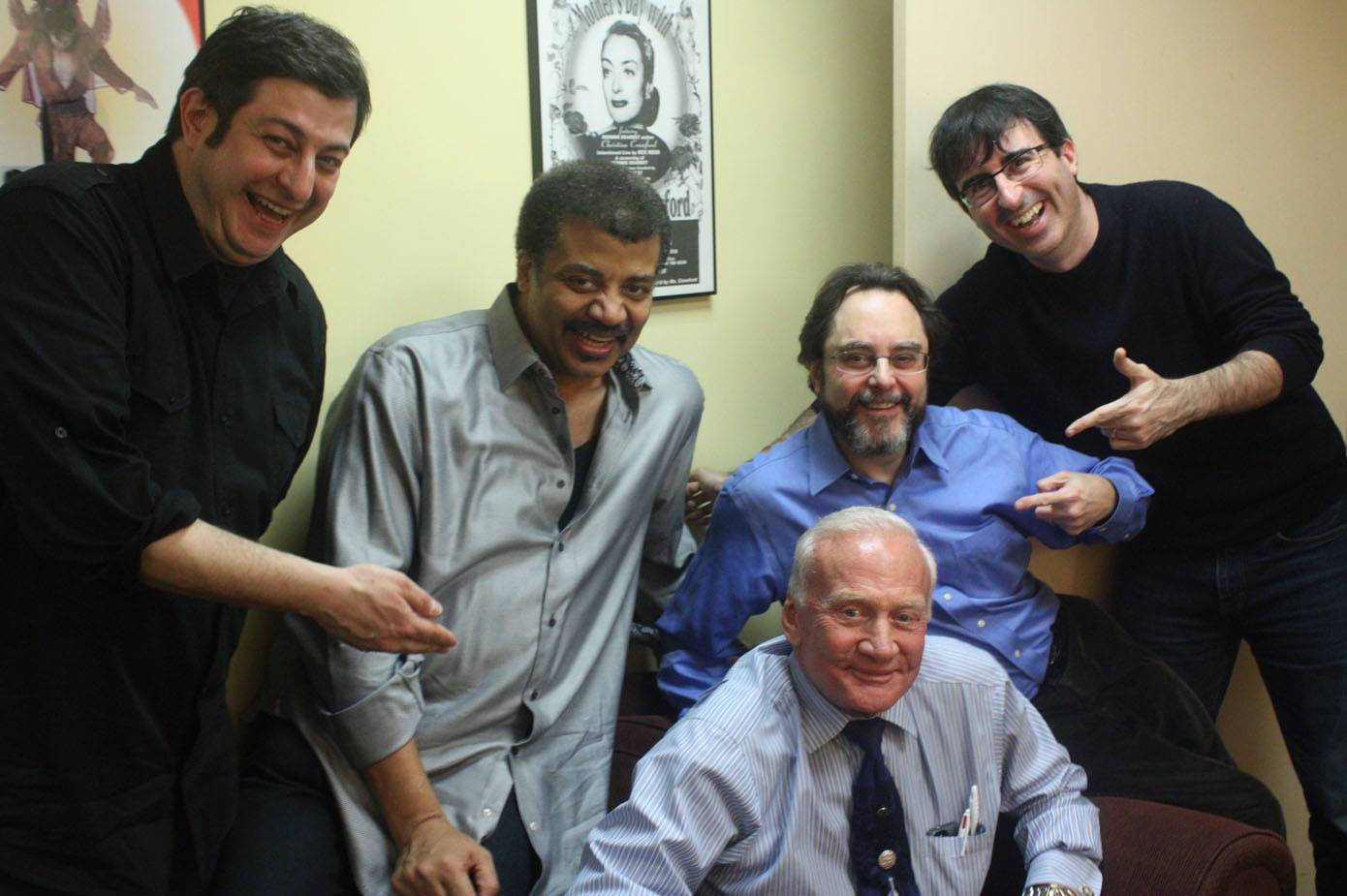 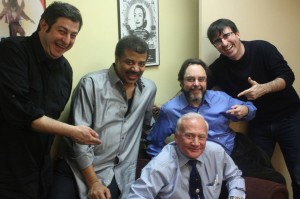 For StarTalk’s first mission to Town Hall in NYC on Feb. 27, 2013, Commander Neil deGrasse Tyson and Co-Pilot Eugene Mirman recruited a crack crew: NASA astronaut Buzz Aldrin, the second man to walk on the moon, Andrew Chaikin, planetary geologist and author of A Man on the Moon, and, in the spirit of international cooperation, a little known British comedian named John Oliver. In Part 1, the team explores why we went to the moon, what it was like once we got there, and why conspiracy theorists that say we never actually went are full of… moon dust. Buzz shares the unlikely path that took him from the skies over Korea to MIT to Apollo 11 and the lunar surface. But the most surprising discovery in Part 1 is that the guy who got the most laughs wasn’t Eugene or John, but Buzz Aldrin himself. The mission concludes with Part 2 next Sunday.